The Daily Courant was England’s first national daily newspaper. It was first published on March 11, 1702 by Edward Mallet from his offices on Fleet Street, the London boulevard that has become a metonym for the British press.

The paper consisted of a single page with two columns (see image below), and promised to “give news daily and impartially,” with a focus on foreign affairs. The Courant published regularly until 1735, when it merged with the Daily Gazetteer. 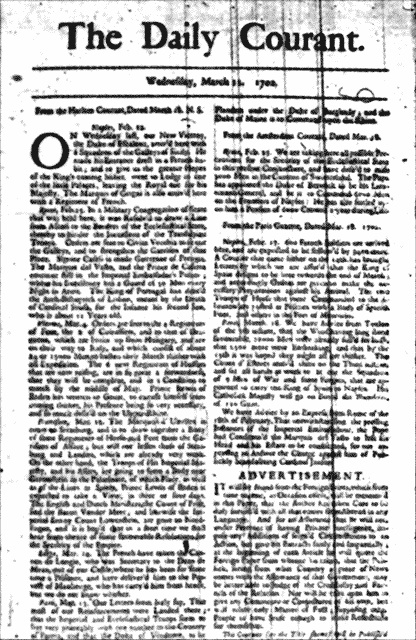 Wikimedia Commons
Has America ever needed a media watchdog more than now? Help us by joining CJR today.
The Editors are the staffers of Columbia Journalism Review. Tags: England, Fleet Street, The Daily Courant