On this day in 1976, the original Apple computer was built. It was designed and assembled by Steve Wozniak. Wozniak wanted to give the Apple I designs away for free from the bottom of his heart. But his friend and partner—Steve Jobs; you may have heard of him—said, Hey, how about we sell it to people for money, instead.

Less than 40 years later, virtually all the journalism in today’s America is produced on the Apple I’s descendants: 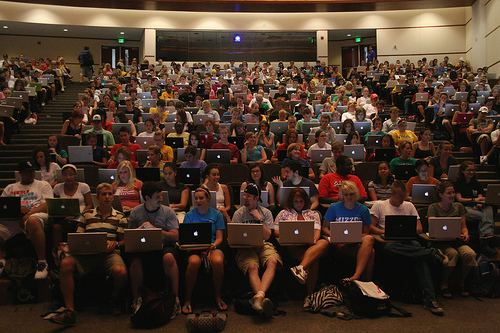 Lecture class at the Missouri School of Journalism 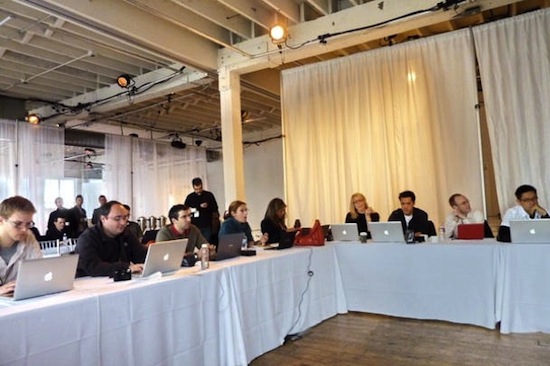 Journalists covering a Microsoft event in 2009

Has America ever needed a media watchdog more than now? Help us by joining CJR today.
The Editors are the staffers of Columbia Journalism Review. Tags: Apple, Apple I, brand loyalty, Steve Jobs, Steve Wozniak