At a motel in Memphis, Martin Luther King, Jr. was assassinated by James Earl Ray on April 4, 1968. The 39-year-old civil rights leader was in the city to support an African American sanitation workers strike. One day earlier, King delivered his now-famous “I’ve Been to the Mountaintop” speech, the last public address of his life.

Newspapers across the country led with the assassination the next day. Here’s a small sampling: 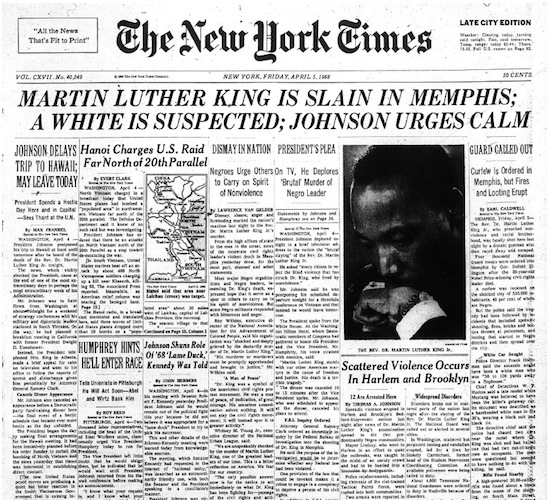 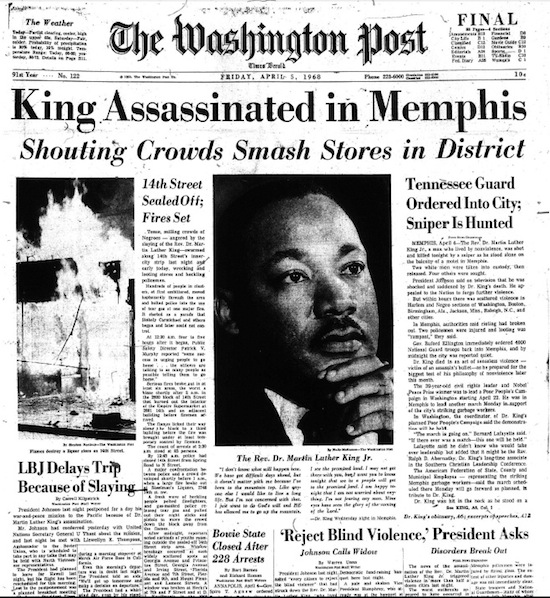 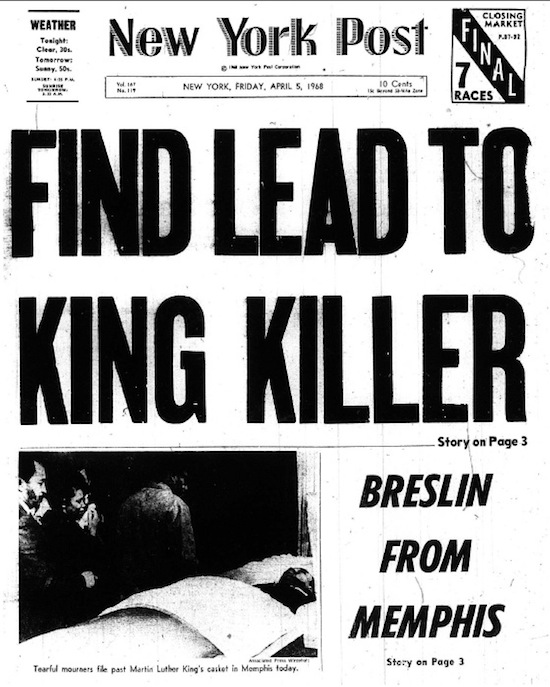 Has America ever needed a media watchdog more than now? Help us by joining CJR today.
The Editors are the staffers of Columbia Journalism Review. Tags: assassination, Jr., Martin Luther King, Memphis