The New York Times is declaring that disgraced private equity mogul Steven Rattner has gotten his reputation back in the Manhattan lunch circles that matter. This was probably only a matter of time given that it was the Times itself that played a leading role in his rehabilitation.

It’s Andrew Ross Sorkin, naturally, who pronounces the cleansing complete, even wondering aloud if Rattner could be a Treasury secretary someday.

This about a guy who just two years ago paid $16 million to settle SEC and New York lawsuits against him for taking part in a kickback scheme with public officials to get $150 million in pension-fund business. His firm, Quadrangle, coughed up another $12 million and said what Rattner did was “inappropriate, wrong and unethical.” They might have added “corrupt.”

Recall that Rattner was Obama’s car czar responsible for bailing out and overseeing GM and Chrysler. Three months into the administration, it emerged that Rattner was under investigation by Andrew Cuomo, then the New York Attorney General, and by the SEC for paying kickbacks to get business from the giant New York pension fund. Rattner originally got immunity in the investigation until Cuomo caught him covering up his own involvement.

For more on that we turn to a 2010 story in the non-DealBook part of the NYT’s business section.

The notes prepared by Mr. Rattner’s in-house lawyer for Sept. 19, the day before the meeting, are illuminating: they offer tips for Mr. Rattner, a sometimes brusque man, to keep in mind as he is questioned. “Be patient” is one of them. Another suggests he remind himself as he faced investigators that “what they’re doing is important.”

But the fifth tip would eventually prove troubling to Mr. Cuomo’s investigators: “They have not seen the e-mails,” it read…

Those e-mails undermined Mr. Rattner’s claims, in the view of Mr. Cuomo’s investigators: in one, the chief executive of Good Times Entertainment told Mr. Rattner that she was inclined to “take a pass” on the “Chooch” deal. Mr. Rattner later wrote back that the executive should nevertheless “dance along” with the idea. Another e-mail indicates that the pension official’s brother received a favorable “discount” on the film deal, casting additional doubt, among investigators, on Mr. Rattner’s claim that the arrangement was commercially reasonable.

Chooch was a God-awful movie made by New York’s deputy comptroller and his brothers, whom Rattner had a subsidiary company offer a sweetheart distribution deal to in exchange for state business, according to both the SEC and New York state. 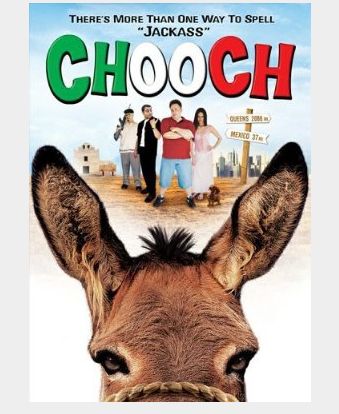 But settling for big bucks for bribing government officials wasn’t enough to dent Rattner’s media profile. He’d made too many powerful friends in his long career as a New York Times journalist and then media financier.

One of those close friends is NYT Chairman Arthur Sulzberger himself. Rattner ended up with a monthly spot on the NYT op-ed pages. Another Rattner friend is Michael Bloomberg, who lets Rattner manage billions of his wealth and who gives Sorkin a charming quote about how this little world works:

I never heard anyone say they wouldn’t invite Steven Rattner to a party because of what was happening.”

I guess Bloomberg hadn’t been talking to any of his Wall Street friends, since Rattner was banned “from associating with investment advisors or broker dealers” for two years by the SEC. Read the SEC’s charging document. It’s pretty nasty. Nor has Bloomberg apparently talked to Rattner’s former Quadrangle partners, the ones who condemned his conduct.

One baffling thing about this column is that the Rattner rehabilitation campaign is seriously old news. Sorkin’s own DealBook wrote about Rattner’s “public renaissance” in February of last year. Even earlier than that was this excellent column NYT business reporter Geraldine Fabrikant wrote (for Reuters, notably, not the Times) back in December 2011, about a party Rattner hosted a few months after the Cuomo settlement that drew folks like the Financial Times’s Gillian Tett, PBS’s Charlie Rose, CNN’s Mark Whitaker, and Bloomberg LP owner and NYC Mayor Bloomberg.

Another way to look at Rattner’s “renaissance” is how elite deviancy has been defined down. Check Obama political guru David Axelrod’s quote on Rattner (emphasis mine):

“Whatever happened in New York didn’t obviate the great service he rendered.”

Sorkin does give us a giant conflicts-disclosure paragraph:

Before we go any further, some disclosures are in order: It is well documented that Mr. Rattner is a longtime friend and confidant of the publisher of this newspaper, Arthur Sulzberger Jr. (Mr. Sulzberger was in attendance at Mr. Rattner’s birthday party, too.) Mr. Rattner was a reporter for The Times in the late 1970s and early 1980s. He also now writes a monthly Op-Ed column in The Times, arguably providing him with a powerful platform that increases his influence. I purposely haven’t discussed anything about Mr. Rattner with Mr. Sulzberger before writing this column. Now that that’s done, let’s continue.

But he might have mentioned his other boss’s major role in Rattner’s rehab.

Comcast owns CNBC, where Sorkin hosts Squawk Box on weekday mornings, and which has been kind to Rattner over the years, as well as MSNBC, where Rattner has been Morning Joe’s regular economics analyst.

Rattner happens to be close friends with Brian Roberts, the scion CEO of Comcast.

In other words, Rattner has the New York-area media world wrapped up. That’s how you go from settling bribery charges for $16 million right back onto the power-lunch circuit. It’s not hard to figure out.

Has America ever needed a media watchdog more than now? Help us by joining CJR today.
Ryan Chittum is a former Wall Street Journal reporter, and deputy editor of The Audit, CJR's business section. If you see notable business journalism, give him a heads-up at [email protected]. Follow him on Twitter at @ryanchittum. Tags: Andrew Ross Sorkin, bribery, elites, Steven Rattner, The New York Times