On Christmas Eve 1983, David Cay Johnston exposed C. David Heymann’s Barbara Hutton biography as a fraud on A1 of the Los Angeles Times. Johnston reported that Poor Little Rich Girl contained numerous fabricated sources and pointed to facts that were either invented or so false that they raised grave additional questions about Heymann’s credibility.

Random House pulped the book, but Heymann rewrote it, sold it to another publisher, got a TV movie deal, and went on to a prolific career as a celebrity biographer.

Three decades after that first investigation, Johnston again exposed Heymann, this time on the cover of Newsweek, reporting that the author’s final effort, a posthumous book about Joe DiMaggio and Marilyn Monroe, Joe and Marilyn: Legends in Love, was also shot through with manufactured information and falsehoods. 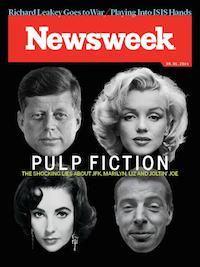 Far from pulping it, Simon & Schuster, a division of CBS Corporation, is effectively standing by the book, which its Atria/Emily Bestler imprint published. That raises serious questions about editorial standards at the publisher—ones that it declines to answer. What did it know about Heymann’s questionable practices and when did it know it?

The Joe and Marilyn fiasco comes less than a year after Simon & Schuster published Dylan Davies’ fabricated book about the Benghazi attack, an incident that seriously damaged CBS News and 60 Minutes star Lara Logan, as well. The publisher had to pull that book.

Johnston’s Newsweek piece shows that Heymann’s supposed interviews with conveniently deceased figures like Pierre Salinger almost certainly didn’t happen, according to records in Heymann’s own archives. He raises questions about whether Heymann invented interviews with one of the book’s critical sources, a Holocaust refugee the author claimed, with no supporting evidence, had been Monroe’s therapist. And he raises serious doubts about whether Heymann talked to DiMaggio’s son, who died 15 years ago and was notoriously press-shy. Heymann dedicated Joe and Marilyn to Joe Jr.

Any one of these likely fabrications would necessitate pulling the book. When you add them up, it’s incredible that CBS, Simon & Schuster, and Atria/Emily Bestler continue to sell it, while refusing even to discuss the issues. So I decided to look into it, as well. And it’s clear that Johnston just scratched the surface in his piece. 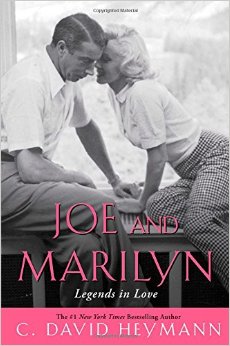 And then there’s Truman Capote, whom Heymann claims he interviewed and to whom he attributes many of the most salacious quotes, including one where Monroe allegedly said, “Joe’s biggest bat isn’t the one he used at the plate.” Capote died in 1984.

These supposed interviews fit a pattern, as Johnston noted in Newsweek: Quotes and new information attributed to dead sources who can’t say whether Heymann ever actually talked to them.

In the book, Heymann extensively quotes Robert Solotaire, whose father George was a good friend of Joe DiMaggio’s, discussing DiMaggio’s supposed use of prostitutes and his tiffs with Monroe, among other titillating anecdotes. Robert Solotaire died in 2008. Benjamin Solotaire, Robert’s son, tells me the quotes were made up.

“He would never have shared such intimate details about what Joe said,” Benjamin says. “My father said that George, my grandfather, would look away when having dinner with Joe and Marilyn whenever they were being affectionate. My father continued respecting that privacy. And the quotes just aren’t the way dad spoke. They are too crass and detailed for him.

“It is bothersome to me and my family that these made-up, embarrassing quotes are attributed to my father,” he continued. “George and dad were great friends of Joe and would never have tarnished his or Marilyn’s reputation.”

In one passage, Heymann quotes from a supposed interview with Judd Marmor, the famed Los Angeles psychiatrist (who died in 2003), about Monroe, who was briefly his patient. Heymann quotes Marmor discussing Monroe’s “on-again, off-again, three-year affair” with Elia Kazan and how much therapy she might have had elsewhere.

Val Holley, a Washington, DC-based biographer, actually talked to Marmor before he died for a possible update to his James Dean book. “I wondered if Marmor might say anything about Dean, so I called him,” Holley tells me in an email. “This would have been in 2002 or so. Not unexpectedly, Marmor said … he could not discuss any communications he may have had with James Dean.

“I personally have never relied on anything Heymann has written,” Holley says, noting that he specifically called Heymann’s credibility into question in the author’s note at the beginning of his Dean biography, noting that he had omitted Heymann’s widely circulated account (there’s even a play based on it) of a brief affair between Dean and the heiress Barbara Hutton because he was “unable to verify” it.

The Marmor quote in Joe and Marilyn is followed immediately by nearly an entire chapter of quotes from a psychiatrist named Rose Fromm.

Fromm’s appearance in Chapter 3 allowed Heymann to fill in lurid details about Monroe’s youth, including a supposed sexual incident with “Roxanne Smith,” a “pretty and well developed” sixth-grade classmate, whose existence, “despite the best efforts of the dozens of biographers who have written about Marilyn Monroe over the years,” had never been reported until Heymann came along. These and many other anecdotes and quotes from Monroe’s childhood, including details about her sex life with her first husband, come from Fromm in vivid detail 50 years after the fact (Heymann wrote that Fromm “kept notes on her meeting with MM, and these notes were made available to the author”).

Marilyn Monroe fan sites saw through this right away. The British blogger Tara Hanks wrote this in July, several weeks before the Newsweek piece appeared:

However, many of the quotes attributed to them seem paraphrased from previously published material. And most of these people were known for their discretion, which makes much of what is said therein hard to believe…

Other alleged sources, such as psychiatrist Rose Fromm Kirsten and journalist Kurt Lamprecht, also seem to have appeared from nowhere.

The Fromm quotes have a distinct too-good-to-be-true feel to them that should have set off alarms with any publisher. Johnston, in his Newsweek piece, raises further questions about whether Heymann actually talked to Fromm and whether Monroe ever saw a psychiatrist by that name.

And this is hardly an exhaustive list of all the questionable reporting in Joe and Marilyn, much less the rest of Heymann’s books.

I tracked down one of Heymann’s exes, Gerry Visco, who happens to be an administrator across the quad at Columbia in the Department of Classics. “I lived with David for 6 years and I also worked with him as an assistant and interviewed many of his sources,” she says. “He definitely made stuff up although he was also a very thorough researcher at the same time.”

“He was a horrendous human being in many ways,” says Visco. She began classes here at the Columbia Graduate School of Journalism before breaking up with Heymann. “He did give me a ton of background on non-fiction writing and biography, but he was in many ways totally unethical which was such a contrast to what I was learning at the J-school.”

Johnston tells me he could only fit so much into his magazine piece. “I have enough to have written an entire book of fabrications,” he says. “And the important point is that it is not possible CBS didn’t know.”

Indeed, it’s hard to fathom why Simon & Schuster would publish Heymann in the first place, given his long-established and well-earned reputation as a fabulist. The Washington Post, for instance, led a 2003 story on his Georgetown book with, “There are lies, damn lies and statistics … and autobiographies, biographies and books by C. David Heymann,” noting that his books were “unfettered by live subjects.” The journalist Andrew Goldman wrote stories in 1999 and 2009 all but declaring that Heymann was a fabulist.

You can’t libel the dead, as biographer Kitty Kelley noted in that Post story, and Heymann made a living off of that. But Simon & Schuster looked the other way.

It continues to do so. Johnston says the book’s editor, Emily Bestler, hung up on him when he started asking about Heymann’s fabrications, and that Simon & Schuster declined to talk to him. Bestler did not respond to my requests for comment, and Simon & Schuster and CBS Corporation declined to comment on questions Johnston and I have raised. “Thank you for checking in on this again before you go to press. Once again, we will have no response to Mr. Johnston’s article in Newsweek, nor any comment on your questions,” says Adam Rothberg, Simon & Schuster’s senior vice president of corporate communications.

That doesn’t cut it.

Simon & Schuster and CBS need to answer questions about whether Bestler actually had the book factchecked, and if so, how that process went so wrong. They need to talk about why they haven’t recalled books that have been so thoroughly discredited. They also need to say why they signed someone like Heymann in the first place.

Has America ever needed a media watchdog more than now? Help us by joining CJR today.
Ryan Chittum is a former Wall Street Journal reporter, and deputy editor of The Audit, CJR's business section. If you see notable business journalism, give him a heads-up at [email protected]. Follow him on Twitter at @ryanchittum. Tags: C. David Heymann, fabulism, factchecking, Joe and Marily: Legends in Love, Simon & Schuster