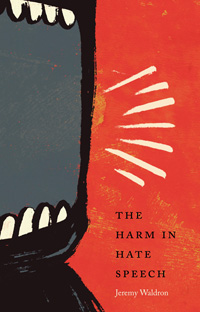 The lead article in the sports section of the July 1 New York Times was about an Italian football player of African descent who scored both goals in his team’s defeat of Germany in the Euro 2012 semifinals. It was not an article about racism, but it noted in passing that “he has endured racial abuse, monkey chants from Spanish fans, then more taunting chants from Croatian fans and a banana tossed onto the field.” That is more or less what one expects at many European football matches these days. Virulent expressions of hate have also become commonplace in other aspects of European public life with the rise of political parties such as Jobbik in Hungary, Golden Dawn in Greece, and Geert Wilders’s Party for Freedom in The Netherlands. Also, of course, while not so blatant in their expressions of racism, mainstream leaders such as former Prime Minister Silvio Berlusconi of Italy and former President Nicolas Sarkozy of France have found it politically expedient to provoke agitation against the Roma and against African immigrants.

One need go no further than the “stop and frisk” practices of the New York City police to realize that racism also remains a problem in the United States. Yet so far as the overt expression of verbal racism is concerned, its practice in this country seems to be at a relatively low ebb. When political figures such as Trent Lott or George Allen make statements that have a racist flavor, they are likely to pay a penalty. And it is difficult to imagine that present-day sports events would be regularly marked by displays of racial hate.

It seems odd, therefore, for Jeremy Waldron, a prominent legal philosopher who divides his time between professorships at Oxford and New York University’s School of Law, to publish The Harm in Hate Speech at this time. His elegantly written book argues that the European approach to this issue, in which the law gives primacy to the protection of the dignity—the key term in his book—of those who are the targets of hate speech, is far preferable to the American approach, in which the protection of freedom of speech takes precedence. To be more persuasive, Waldron ought to be able to show that the European way is preventing harms that are afflicting the US. Plainly, that is not the case.

Dignity occupies a central place in thinking about rights in Europe (especially continental Europe) and in some other parts of the world. Its importance in Europe is reflected in The German Basic Law of 1949, the country’s constitution, which begins in Article I with the assertion that “Human dignity is inviolable.” The term has a similar place in The Universal Declaration of Human Rights, adopted by the United Nations in 1948. The preamble begins with a sentence proclaiming the “inherent dignity . . . of all members of the human family.” This is followed by a statement about “barbarous acts which have outraged the conscience of mankind.” That is, of course, a reference to the atrocities of World War II, and it makes clear that much thought about rights in Europe and elsewhere is founded in that experience. American thinking about rights, on the other hand, is rooted in a much earlier period of history. It emerged out of struggles for religious freedom and freedom of speech in England and in the American colonies in the 17th and 18th centuries, and focuses on liberty as the essential value that should be protected by law. The centrality of dignity in European thinking and of liberty in American thinking, although by no means mutually exclusive, often leads to different approaches to the protection of rights.

Waldron’s book performs a useful service in defining the harm that is done by hate speech as an assault on dignity. He differentiates this from speech that causes offense, pointing out that offense is a subjective reaction that varies from person to person and “is not a proper object of legislative concern.” The dignity that should be protected by law, he says, involves the basic social standing of individuals within society. Accordingly, he favors laws such as the statute upheld by the United States Supreme Court in 1952 in the case of Beauharnais v. Illinois, which punished group libel. Though Beauharnais has never been explicitly overturned, it has long been recognized that it is no longer good law. It could not survive present-day scrutiny given the Supreme Court’s subsequent decisions in Times v. Sullivan (1964), which subjected libel laws to First Amendment standards; and in Brandenburg v. Ohio (1969), which held that even racist incitement to violence could only be punished if the circumstances made violence imminent.

The Illinois law at issue in Beauharnais made it a crime to publish or exhibit material portraying “depravity, criminality, unchastity or lack of virtue of a class of citizens, of any race, color, creed or religion.” In the years following the Supreme Court decision, group libel laws were widely debated. A legal philosopher who preceded Waldron on the faculty of NYU’s law school, Edmond Cahn, addressed such laws in a 1962 talk. He pointed out that if they were enforced as written:

The officials could begin by prosecuting anyone who distributed the Christian Gospels because they contain many defamatory statements not only about Jews but also about Christians; they show Christians failing Jesus in his hour of deepest tragedy. Then the officials could ban Greek literature for calling the rest of the world “barbarians.” Roman authors would be suppressed because when they were not defaming the Gallic and Teutonic tribes they were disparaging the Italians. For obvious reasons, all Christian writers of the Middle Ages and quite a few modern ones could meet a similar fate. Even if an exceptional Catholic should fail to mention the Jews, the officials would have to proceed against his works for what he said about the Protestants and, of course the same would apply to Protestant views on the subject of Catholics. Then there is Shakespeare, who openly affronted the French, the Welsh, the Danes. . . . Finally, almost every worthwhile item of prose and poetry by an American Negro would fall under the ban because it either whispered, spoke, or shouted unkind statements about the group called “white.” Literally applied, a group-libel law would leave our bookshelves empty and us without desire to fill them.

Proponents of such laws contended that concerns about their vagueness and breadth were not warranted because officials would show good sense and enforce them only in cases like that of Mr. Beauharnais, a white supremacist who had distributed leaflets defaming African-Americans. The difficulty with that argument was that it required trust in the officials who enforce such laws, rather than in the laws themselves.

Waldron cites a number of the arguments against group defamation laws that he attributes to such well-known advocates of First Amendment freedoms as Anthony Lewis, longtime columnist for The New York Times; Ronald Dworkin, the renowned legal philosopher; and Robert Post, dean of Yale Law School. A large part of Waldron’s book is taken up with his efforts to refute the views that he ascribes to these antagonists. Yet Waldron passes over lightly what he labels the “distrust of government” argument, even though he acknowledges the view of Geoffrey Stone of the University of Chicago Law School that it “underlies all First Amendment concerns and explains why many American legal scholars are so opposed to hate speech laws.”

Waldron concedes that American history is replete with examples of laws restricting speech that were implemented abusively, citing the 1798 Sedition Act, the World War I experience (by which he means the various federal and state espionage acts), and the World War II-era Smith Act. Yet in the two sentences that follow these examples, he dismisses their importance as precedents by asking, “But why would anyone think this was true of hate speech legislation, or laws prohibiting group defamation? Why is this an area where we should be particularly mistrustful of our lawmakers?” His answer is that this is an area where we should be especially trusting of government because hate speech laws are examples of “a legislative majority bending over backwards to ensure that vulnerable minorities are protected against hatred and discrimination.”

It is not a response that would satisfy many of the First-Amendment proponents with whom Waldron has his imaginary debates. Laws regulating speech, no matter how well motivated the lawmakers, must place a great deal of discretion in law enforcers. That is because there is an infinite number of ways to express any thought. New ways of conveying any point of view can readily be made up on the spot. It is easy to use code words, or to come up with nonverbal forms of expression that make a point (think of the football fan who threw the banana on the field where an Italian player of African descent was playing). The law may forbid portrayals of depravity, criminality, unchastity, or lack of virtue, but it is unnecessary for anyone imputing those characteristics to members of a given race, color, creed, or religion to use any of those words in their communications. It will always be up to law enforcers to interpret whether the actual words used violate the statute.

If Waldron had his way, he would limit the enforcement of hate speech laws to attacks on the dignity of vulnerable minorities. Yet he cites approvingly the laws of Canada, Denmark, Germany, New Zealand, and the UK, though none of them is limited in that way. All would punish defamation of groups of persons based on race, nationality, ethnic origin, or religion. That means that members of a minority protesting discrimination and, in the process defaming the group they hold responsible, are equally subject to such laws. Waldron’s focus on protection of vulnerable minorities may be preferable, but it is hard to imagine that a legislative body would restrict the application of such laws in that way. If it did, a court might well overturn such a restriction. Waldron’s modest attempt to reduce the discretion of the law enforcers is sure to fail.

Hate speech can have a devastating impact. Waldron deserves credit for identifying the harm and for requiring advocates of freedom of speech to think again about these issues. Yet by failing to identify an approach that is both effective in curbing hate speech and can be safeguarded against abusive enforcement, he leaves the debate where it was roughly half a century ago, when laws against group defamation went out of fashion in the United States.

Has America ever needed a media watchdog more than now? Help us by joining CJR today.
Aryeh Neier , a former executive director of Human Rights Watch, is president of the Open Society Institute.