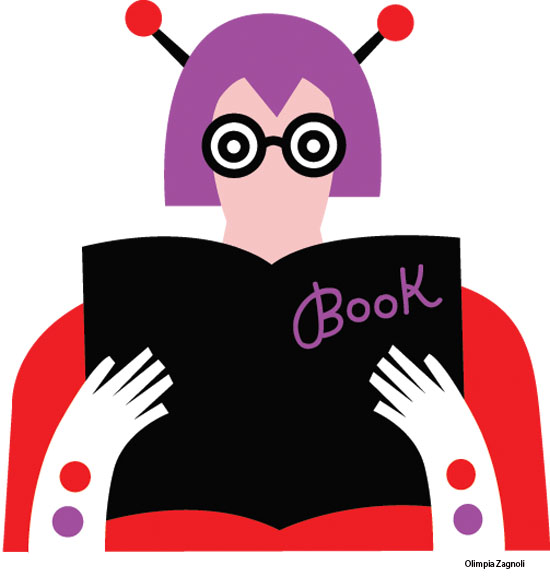 We asked some of our favorite journalists, scholars, and critics to recommend books and other works that could help the next generation of reporters become better observers, storytellers, and thinkers. Here is an edited list of the titles they suggested. For full lists from each recommender, click here.

London Labour and the London Poor (1840s)
By Henry Mayhew
Though not officially a journalist, he pretty much invented the reported urban sociological sketch, one of journalism’s best and most durable forms.

Un Grande Homme de Province à Paris (1839)
By Honoré de Balzac
If you’re ever tempted by the thought that journalism today has fallen to an unprecedentedly low, snarky state, read this novel.

Berlin Diary (1941)
By William Shirer
Part diary, part rewrite of Shirer’s CBS radio reports, it conveys both the daily feeling of the beginning of World War II and the relentless energy and courage of a great reporter at work.

The Whale Hunt (2007)
By Jonathan Harris
Everybody talks about the potential for new forms of journalistic “storytelling” online, but nobody I know of has actually produced one at the level of this masterwork of visual reporting by a young artist-programmer.

The Song of the Dodo (1997)
By David Quammen
Takes a fairly arcane subject—island biogeography—and from it weaves a great narrative. He’s an intrepid reporter and a wonderful storyteller, and any journalist can learn from him.

Desert Solitaire (1968)
By Edward Abbey
Abbey is the real thing, and those don’t come along very often. His memoir-cum-elegy for the American Southwest is worth reading once a decade or so.

Prisoner Without a Name, Cell Without a Number (1981)
By Jacobo Timerman
Reveals the courage that journalists can be called upon to summon and how it’s possible to retain one’s humanity in the face of evil.

The Things They Carried (1990)
By Tim O’Brien
A lesson in writing, of the importance of detail in telling a story. It teaches journalists: look, see, remember.

The Collected Essays, Journalism and Letters, Volume II (2000)
By George Orwell
Shows us the math of willing yourself to be an uncompromisingly honest and perceptive thinker about the most pressing issues of the day.

If You Have a Lemon, Make Lemonade (1974)
By Warren Hinckle
Illustrates the missing entrepreneurial link between William Randolph Hearst and the first dot-com wave: the crazed and inspiring sons-of-bitches who clawed forth the alt-journalism revolution.

In Cold Blood (1965)
By Truman Capote
Still the gold standard for true crime writing, even if there’s some fudging of the facts.

Roughing It (1872)
By Mark Twain
For the sheer joy of writing and giving a sense of place.

Tides of Consent (2004)
By James Stimson
Accessible and provocative summary of scholarship on the role of public opinion in American politics.

All the News That’s Fit to Sell (2003)
By James Hamilton
You can’t understand the press without understanding the role of economics—this is the single best volume on why we have the media we do. 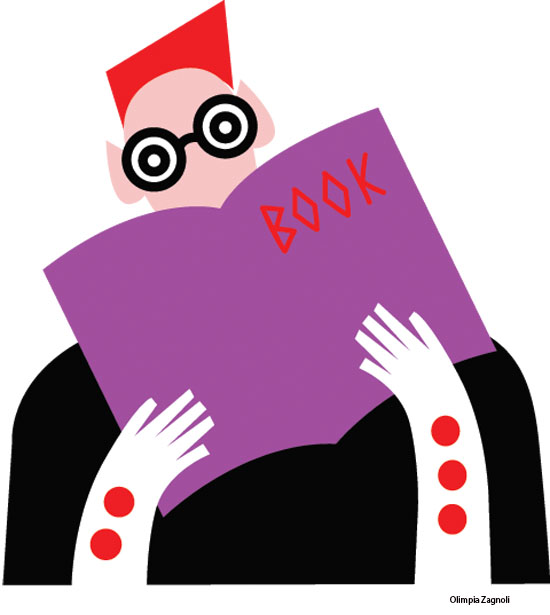 Jimmy Corrigan: The Smartest Kid on Earth (2000)
By Chris Ware
A masterpiece of the graphic novel genre, demonstrating how storytelling can be solemn, beautiful, and devastatingly sad using a medium usually considered inferior to the long-form written word.

Den of Thieves (1992)
By James Stewart
The latest den, which brought the world to its knees, is but an echo of the past.

Race Beat (2006)
By Gene Roberts and Hank Klibanoff
Recounts not just the coverage of the civil rights era, but the segregationists’ reaction to it—which helped usher in the notion that good journalism must stick to he said/she said reporting.

Mortality of the British Army (1858)
By Florence Nightingale
This report used data visualizations to illustrate how preventable disease demolished the fighting capability of the British army in Crimea. A painstaking demolition of official incompetence.

Point of Departure (1968)
By James Cameron
Data journalism is about telling stories and there are few storytellers as good as James Cameron. I am still inspired by reading this book.

Happiness (2005)
By Richard Layard
Uses data to analyze, in detail, the health of societies around the world; helped show how GDP is a poor measure of how healthy a society is.

The Trust (2000)
By Susan E. Tifft and Alex S. Jones
A must-read if you want to understand how The New York Times became our most important newspaper.

Homage to Catalonia (1938)
By George Orwell
Goes beyond reporting, literally into the trenches, to give his firsthand account of the Spanish Civil War.

The Devil’s Highway (2004)
By Luis Alberto Urrea
Gives immigrants voice and dignity as they make their perilous journey north, searching for the American Dream.

Lincoln (1996)
By David Herbert Donald
A powerful reminder that conventional wisdom can change; for most of his presidency, Lincoln’s contemporaries called him a bumbler.

Move Your Shadow (1985)
By Joseph Lelyveld
His reporting on South Africa provides a clinic on the craft; he mines gold from routine encounters that lesser reporters would ignore.

The Promised Land (1991)
By Nicholas Lemann
This history of the black migration is the best model I know for using narrative nonfiction to depict sweeping social change.

Understanding Comics (1993) by Scott McCloud
Analysis of the nature of graphic narrative invites journalists (and everyone else) to continually reinvent every storytelling form we’ve inherited.

The Age of Missing Information (1992)
By Bill McKibben
Complementary deconstructions of TV culture serve as a valuable corrective to today’s wave of Internet-determinist diatribes.

On Writing (2000)
By Stephen King
Will cure you of adverbs, and embolden your best writer’s instincts.

A Tree Grows in Brooklyn (1943)
By Betty Smith
A tutorial in how to write about the poor and working class as human beings.

1001 Afternoons In Chicago (2009)
By Ben Hecht
Hecht discovers Chicago, avoiding news conferences and press releases, by observing the city and its people, and turns his findings into art.

The Creation of the Media (2004)
By Paul Starr
How media-related decisions shaped the openness but also the gargantuan flaws of the American public sphere.

What Are Journalists For? (1999)
By Jay Rosen
Parses brilliantly such questions as, What really is the public that journalists supposedly serve, and how well do we serve it?

Genius (1992)
By James Gleick
A wonderful example of how to deal comfortably with the intersection of science and public policy.

The Moral Equivalent of War (1906)
By William James
Addresses an enduring challenge for America: how to evoke any national spirit through means other than war.

Getting Things Done (2001)
By David Allen
No joke! A very clarifying way to think about how to organize your working life.

Are We Rome? (2007)
By Cullen Murphy
An example of applying historical analogies to current events.

Middlemarch (1871)
By George Eliot
Exemplifies the precise observation, psychological complexity, and generosity of spirit to which narrative nonfiction should aspire.

Dispatches (1997)
By Michael Herr
A perfect antidote to watered-down, on-the-one-hand, on-the-other-hand war coverage, and a testament to the power of the individual observer.

Illuminations (1969)
By Walter Benjamin
Essays on the profound changes in art, literature, and the nature of thought during the early 20th century feel current today, as changes in the quality and transmission of information transform how we think and perceive the world.

The Emperor (1989)
By Ryszard Kapuscinski

With all the shouting and preening among journalists, these are reminders that some of the most powerful storytelling is the result of the journalist stepping out of the way.
Has America ever needed a media watchdog more than now? Help us by joining CJR today.
The Editors are the staffers of Columbia Journalism Review.