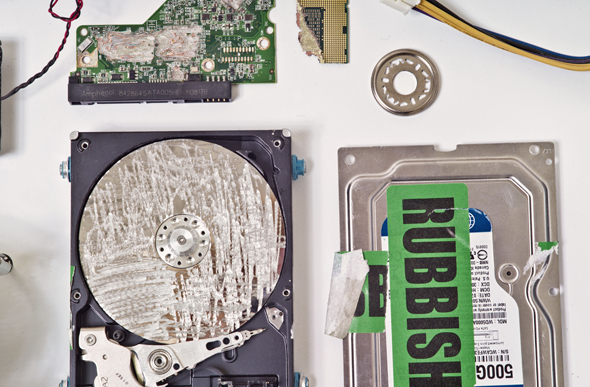 One of the most memorable conversations I had at The New York Times was with Punch Sulzberger. I came to his chairman emeritus office to interview him about the Pentagon Papers for a speech I was giving. Punch recalled that right before the Times published the first stories based on Daniel Ellsberg’s leak of the classified Vietnam study, he was gardening at his weekend estate. He saw a helicopter approaching and thought, “They are coming to take me away.” Although Punch was being light-hearted, his fear that the Times would be prosecuted for publishing the Pentagon Papers was very real. The US Supreme Court had not yet issued its landmark decision barring prior restraint of the press.

In the summer of 2013, I worried about how ironclad that decision still was. Alan Rusbridger, the editor of The Guardian, with whom I had worked on the WikiLeaks material, had decided to entrust me and the Times with a massive trove of Snowden documents involving the British Intelligence service, GCHQ. The Guardian and The Washington Post had already, much to my chagrin, published huge exclusives from the Snowden materials, beginning with the explosive details about prism, a secret, mass-surveillance, data-mining program that the NSA began in 2007. I was sick at heart that the Times had been scooped, and told Alan so. Now he was approaching me because he needed the GCHQ materials safeguarded because he feared, rightfully, that the British authorities would seize them. Soon, via a trusted courier, a package arrived in my office. Immediately, I placed the package in a safe in the Times’ legal department.

‘If you publish, you will be helping Al Qaeda,’ said congresswoman Jane Harman of the Times’ plans to publish a story about the NSA’s illegal wiretapping.

Given the massive intrusion of the government’s snooping, I viewed the Snowden materials as even more consequential than the Pentagon Papers, which revealed significant government deception. In this case, too, the government had lied about the scope of its eavesdropping programs.

No helicopters were circling above my office, but I was worried, despite reassurances from the Times’ in-house counsel, that the US government might try to prevent us from publishing stories based on the Snowden package. I wanted independent advice. Secretly, I retained a lawyer, a friend from college days, to review the case law. Bruce Birenboim, a litigation partner at Paul, Weiss, Rifkind, Wharton & Garrison llp, was also savvy about the Obama administration and how inhospitable to press freedom it had become, as evidenced by the James Risen case, among others. His brief concluded that prior restraint was unlikely, but also said, ominously, “to the extent that publication of the material can be argued to violate the Espionage Act (or some other comparable statute) the government’s case is improved,” and noted that the Obama administration “has been more aggressive than expected” in moving against national security leaks.

It made me uneasy when the British ambassador to the United States asked me to come to Washington, DC, for a meeting at his embassy. Ever so politely, as I expected, I was being asked to return the GCHQ documents. I was careful not to confirm that we had the Snowden documents. Two days after the visit, I called to say that if we had such documents, we would not relinquish them. In the meantime, the British authorities had supervised the destruction of the materials held at The Guardian. When I had dinner with Alan a week or so later, he showed me a souvenir. Out of his pocket came a shard of computer file that had been hacked to pieces during the document purge.

Could such a thing ever happen at the Times? On the same afternoon that I visited the British embassy, I went to see James Clapper, the director of National Intelligence, to protest the way the Obama administration was dealing with the Times, with its criminal-leak investigations and frequent requests that we withhold stories about national security from publication. Clapper’s back was troubling him, and he had come to the office in order to meet with me. Surprisingly, he did not ask whether the Times was working on stories based on the Snowden trove. I told him that from now on, any requests to hold stories had to come from President Obama or his National Security Adviser. At least they had a constitutional duty to uphold the First Amendment. “It’s first for a reason,” I told Clapper, who barely restrained himself from eye-rolling as I invoked the Founders and their fervent belief that the press was a bulwark protecting the people from overly centralized government authority. I was pleased with my little constitutional lesson.

In the Age of Snowden, any editor with a robust national security team has to have the stomach to fight the White House. Bill Keller, my predecessor as executive editor, had gone to the White House to hear President Bush warn that the Times would have blood on its hands if it published the original story about the NSA’s warrantless and then-illegal eavesdropping. Democrats, too, had called me, the managing editor, to implore that the Times not publish. “This is the crown jewel in our national security arsenal,” Senator Jay Rockefeller argued in a phone call. “If you publish, you will be helping Al Qaeda,” said congresswoman Jane Harman.

Keller had decided to hold the story for more than a year, in part because of such national security concerns. But our reporting had sharpened over time, as had the urgency of the story. I was relieved when the story went up on the Web. But Snowden, still angry over the Times’ delay, decided to punish the Times by giving his documents to The Guardian and The Washington Post instead. I was sick over being scooped and frequently reminded Rusbridger about our mutually beneficial collaboration on the WikiLeaks stories. And finally, he had come calling.

Soon we were publishing consequential stories based on the Snowden material, including a front-page story on how encryption had been rendered useless by NSA snooping. Reporters dealing with the material became conversant with how to use encryption to protect their communications. The Times had learned valuable lessons about publishing stories based on vast national security leaks. During WikiLeaks, we had formed a secret working group away from the main newsroom, and learned how to keep classified documents in a very secure manner. We were extremely careful not to publish details that could, even inadvertently, endanger lives.

With the Snowden material, we were even more careful. A tiny group worked in a windowless storage room that was kept under security surveillance. Cellphones, which can be used as eavesdropping devices by the NSA, were not allowed in the room. Because the group was basically confined to a cramped, airless room, I made sure to take care of frequent deliveries of food and treats. I noticed that the team was gaining weight.

During the Bush and Obama administrations, I dealt on more than a dozen occasions with requests from the White House that we not publish stories based on classified national security leaks. When the Times was asked to withhold information from readers because of national security concerns, such requests almost always involved difficult editorial decisions. Usually the government’s concerns about the sensitivity of the material were valid and worthy of careful consideration. There are circumstances where information, when published, could endanger lives or compromise ongoing military or diplomatic operations. The Guardian, rightfully, had redacted pages from an NSA training manual turned over by Snowden because they revealed too much about certain ongoing operations. Snowden himself has said he was careful in what documents he chose for disclosure so as not to needlessly harm intelligence gathering.

There was always a difficult balancing test on what and whether to publish, in which reporters and editors weigh the concerns of the government against the press’ duty to inform the public. Is the public better off knowing about the government’s secret massive eavesdropping programs? The answer is an unqualified yes. Has publication of these stories harmed national security? So far, the government has offered scant evidence that it has.

This piece was published in the January/February 2015 issue of CJR with the headline, “The public interest.” It is a chapter in Journalism After Snowden: The Future of Free Press in the Surveillance State, a forthcoming book from Columbia University Press. The book is part of the Journalism After Snowden initiative, a yearlong series of events and projects from the Tow Center for Digital Journalism in collaboration with cjr. The initiative is funded by The Tow Foundation and the John S. and James L. Knight Foundation.

Has America ever needed a media watchdog more than now? Help us by joining CJR today.
Jill Abramson is a former executive editor of The New York Times