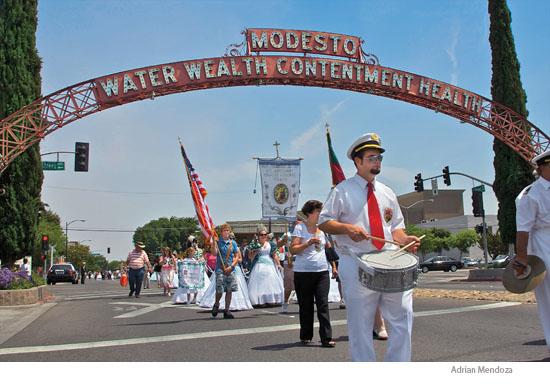 In Modesto, California, the need for news far exceeds the current supply. A city of 200,000 with one midsized newspaper, a large Hispanic population, 16 percent unemployment, and the second-highest rate of car theft in the nation, Modesto lies just ninety-two miles east of San Francisco. But the spirit of news experimentation that pervades the Bay Area hasn’t crossed the Coastal Range.

There are plenty of places like Modesto—small cities and towns with neither the demographics to attract outside news entrepreneurs nor the resources to develop their own. Their residents, generally less educated and less wired than their counterparts in major urban areas, continue to rely on legacy media. But many of those outlets are shrinking into insignificance, and it’s unclear what will take their place.

It’s easy to identify and praise promising news experiments; it’s harder to imagine the future of those places where bandwagons never go. If the digital-news revolution is to truly serve a mass audience, beyond educated and reasonably affluent urbanites, we must account for Modesto; we must find ways for innovation to flourish in poor towns where, for so long, it has been allowed to die.

CJR asked five people who know Modesto well to reflect on the future of news and information there, and in communities like it.

School’s Out - A lost generation of journalists - Laura Paull

The Voice of the People - Citizen journalists to the rescue? - Patrick Giblin

Modesto, California: By the numbers