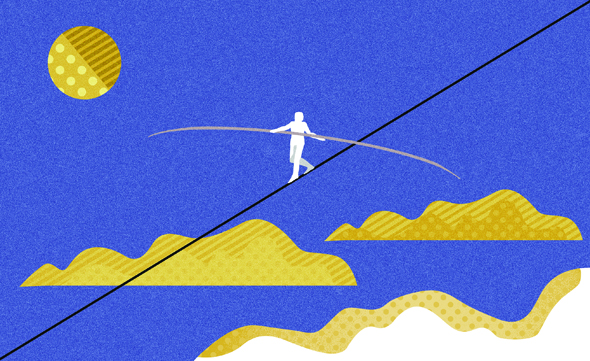 Most of the media industry’s problems can be boiled down to simple math—or is it physics? Whichever it is, it’s not good. On one axis we can plot the dynamic force of advertising rates cratering toward ground level. On the other, we see the swelling public demand for things to read or watch or click, or talk back to.

This stuff used to be called journalism, and now it’s called content. What’s great is that people love content, about almost anything—wriggling babies, Gaza, immigration, downed planes, baseball scores. The problem is that anyone trying to run a newsroom is left in a brutally tough spot: with less revenue coming in and more demand for content that is good enough to help them compete.

This is not a brilliant or original insight, but it is the one that explains pretty much every trend taking place in media these days. Among the latest of those is the rushed arrival of so-called free content.

The Huffington Post cut to the gates early with this idea, using a troop of unpaid, or marginally paid, contributors to bring breadth to its coverage and pageviews to its advertisers. Soon, Forbes joined in with a brigade of contributors that has grown so large it now exceeds—many times over—the size of the magazine’s paid staff of reporters. And Scientific American’s struggle to manage its contributor network made news over the summer, when it fired one of its bloggers.

Lawrence Lanahan sinks into this world—into the newsrooms of established media companies trying to make a free-content play, into its virtues, and into its risks. The Hill and The Dallas Morning News are just two of the latest newsrooms turning to outside contributors for cheap content.

When it was just The Huffington Post doing it, the thought of people writing unedited work for free was somewhat less troubling because no one was yet sure what the HuffPo brand stood for anyway. And to the degree they did, the idea of unpaid contributors seemed compatible with the HuffPo hustle.

But the stakes went up when established news brands started putting their reputations on the line by having two wildly different clusters of “journalists” orbiting under one masthead. In one orbit are the reporters who have spent years in journalism, who were vetted before their hire, whose story ideas are discussed and whose story drafts are carefully edited (maybe even factchecked). In the other orbit, people who may or may not be trained journalists—maybe an expert in a particular field, or a guy trying to sell something—write pieces based on a level of reporting that is anyone’s guess. Yet soon their work is out on the internet, swirling alongside that of the veteran reporters.

Time for math again, and this time let’s create a hypothetical. Suppose there are 100 outside contributors working for a particular news site. And let’s say they all report to the same editor, because that’s a plausible ratio based on the free-content models out there. Let’s also assume that each contributor writes once a week. That means our editor has to handle 20 stories a day, not including brainstorming about story ideas or managing any number of personnel issues that come up with 100 people working for you. Anyone in the profession knows this is virtually impossible to do well.

But if you can get the math right, and if the rest of the model makes sense, there’s actually something oddly democratic and rational about these contributor networks. As The Dallas Morning News is trying to prove, when it comes to subjects like community news, if you’re trying to produce reporting on a neighborhood level, why not rely on the people who live there? But it will take some investment to make the math work. The publishers that don’t bother will land in the untenable position of trying to have their news brands and cannibalize them, too.

Has America ever needed a media watchdog more than now? Help us by joining CJR today.
Elizabeth Spayd is the editor in chief and publisher of CJR. This story was published in the September/October 2014 issue of CJR with the headline, "Balancing act."