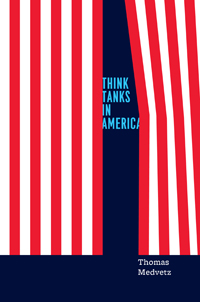 The Public Broadcasting Service’s round-the-clock coverage of the Watergate hearings stands as a weighty moment in the annals of broadcasting, announcing PBS as a public-affairs contender while laying the groundwork for what would become the NewsHour. Lost to history, however, is the disappointment of Stephen Hess, a fellow at the Brookings Institution whom Robert MacNeil and Jim Lehrer had invited to the WETA studios. Although Hess would have been happy to lend his insights to the PBS broadcast, his boss, Kermit Gordon, disapproved.

In 1973, the idea of a Brookings fellow assuming the duties of a pundit was not only strange but also a bit unsavory. As suppliers of the nation’s premiere policy knowledge, Hess and his fellow technocrats were to share their expertise directly with policymakers and private institutions. What good was Jim Lehrer?

Forty years later, NewsHour ranks among the most coveted venues for a policy expert, and Brookings fellows are better represented on the NewsHour than those from any other policy group. Although a number of internal factors precipitated the change, including a dip in Brookings’ endowment and the death of Gordon, it took a seismic shift in Beltway culture for the august policy organization to undertake a volte-face.

In Think Tanks in America, Thomas Medvetz explains how and why those at Brookings went from media skeptics to media insiders. In so doing, he exposes the curious nature of the think tank itself, delimiting the fuzzy parameters of a field whose very ambiguousness, he argues, defines it. Medvetz, now an associate professor of sociology at the University of California, San Diego, applies the methodology of French sociologist Pierre Bourdieu to free the think tank from scholarly and common-sense preconceptions, and create an understanding of the many ways think tanks have shaped policy. He shows how a field that operates in myriad dimensions has transformed the very nature of the public intellectual while deepening the sway of think tanks over the government and the press.

Although his primary audience is an academic one, Medvetz’s research seems vital for policy-minded journalists. Grander sociological implications aside, his level-headed analysis of what think tanks actually do and are should disabuse the overly credulous of notions that think tanks are omniscient, while reminding the jaded that think-tank research, however politically loaded or quickly discharged, remains a powerful force. Moreover, Medvetz’s insightful history of both think tanks and the discourse that surrounds them, as well as his substantial trove of revelatory interviews with policy experts, current and former, make for a frequently lively read.

Medvetz usefully debunks common perceptions of the nature of think tanks. A think tank is not a “privileged haven or sanctuary for intellectuals,” like The Economist might have it; although researchers have been spared the pain of students and the tenure process, they still must produce and answer to someone. Nor is the think tank a “lobbying firm in disguise,” like the Academy of Tobacco Studies in the movie Thank You For Smoking; similarities between policy recommendations and the interests of the market, Medvetz assures us, have little to do with mercenary yes-men and everything to do with simpatico political views.

To understand how these disparate, if imprecise, ideas took hold, Medvetz takes us back to the heady days of the 1960s and 1970s, when a new breed of conservative sprung from the ashes of Barry Goldwater’s defeat to bear glad tidings of individual responsibility and free enterprise. Neocon intellectuals and conservative philanthropists banded together to create a conservative “counter-intelligentsia” movement, an infrastructure of conservative media, legal foundations, PACs, and think tanks. Businessmen like Joseph Coors and Charles and David Koch donated millions of dollars to start conservative policy concerns like the Heritage Foundation and the Cato Institute. Meanwhile, on the left, new think tanks like the Worldwatch Foundation and the Joint Center for Political and Economic Studies expended considerable effort to engage the public. “[The] best ideas in the world were worthless if you couldn’t get them out and get them into circulation,” a Worldwatch staffer told Medvetz.

With its close ties to the incumbent Reagan administration, the Heritage Foundation set the bar for political influence. In addition to its fellows with jobs in the cabinet, the foundation shaped policy with Mandate for Leadership, a thousand-page transition report that touched upon every aspect of the federal government. In one stroke, Heritage had supplanted Brookings in power and scope.

To be sure, a significant number of policy groups had existed for decades by the time the Heritage Foundation and its ilk arrived on the scene. But Medvetz focuses on the way these upstarts’ outward, more public-oriented focus influenced their stuffier, better-established counterparts. They attracted significantly more corporate donations, too. Before long, older organizations had no choice but to remake themselves in order to survive. Soon, Brookings hired a full-time public-relations flack, instructed its researches to write op-eds for magazines and newspapers, showcased its findings in two in-house publications, and invited Washington journalists to weekly lunchtime lectures.

This competitive, imitative atmosphere, Medvetz contends, marked the birth of a new sociopolitical space, one “situated at the crossroads of the academic, political, bureaucratic, media, and economic fields . . . .” Newly reliant on public attention, think tanks became marked by relatively fast, assiduously promoted research transmitted via readable reports. Now, of course, they serve as a faithful source of sound bites and relevant data. In order to succeed in today’s “political setting increasingly structured around and responsive to the news media,” think tanks must adapt their work to journalists’ needs. Indeed, some think tanks have absorbed journalists into the fold. Among these is the 15-year-old New America Foundation, which counts two editors among its founders and employs prominent journalists like Katherine Boo and Margaret Talbott. Steve Coll, now the dean of Columbia Journalism School, served as the foundation’s president from 2007 to 2013 and remains a senior fellow there.

Medvetz characterizes the relationship between think tanks and journalists as symbiotic. Media attention gives think tanks—and their potential donors—tangible evidence of political influence. Meanwhile, time-strapped reporters can always rely on think-tank experts for pithy quotes and enough intellectual heft to lend gravitas to most arguments. “Crucially, think tanks with stated ideological agendas are often no less valuable to reporters than ideologically neutral think tanks,” Medvetz writes. After all, reporters are often obligated to present both sides of an issue.

The cumulative effect of these efforts has made think tanks equally central in shaping both punditry and policy. “[Why] should we assume that their effects are focused entirely, or even primarily, within the sphere of official politics?” Medvetz asks. Too right.

But not too Right: Think tanks inevitably pull public debate toward the center. First, though, they must create a center, like Charles Murray did while working for the Manhattan Institute. In 1984, he published Losing Ground, a book that promoted welfare reform and whose prescriptions were dismissed by the Reagan administration as too laissez faire, and derided by academic social scientists for their reliance upon highly selective data. The popular press had no such problems, discussing Losing Ground at such length that it became a cultural touchstone. Around the time Murray published The Bell Curve, Bill Clinton made Murray’s welfare reform a central part of his reelection campaign. As Murray told Medvetz, “Holy shit!”

Although Murray’s runaway success should put to rest any questions about the efficacy of public engagement, think tanks do maintain a pesky credibility problem. While well-connected policy and media experts increase visibility and inspire donations, they also summon the looming specter of the think tank as a coterie of stooges at the mercy of the elite. “The goal of demonstrating intellectual autonomy,” Medvetz writes, “tends to operate at loggerheads with all of the other forms of credibility because it demands insulation from commercial pressures, freedom from political constraint, and relative indifference to publicity.” This conflict results in image control resembling a tightrope walk, its precariousness evident in the Manhattan Institute’s peculiar mission statement: “Combining intellectual seriousness and practical wisdom with intelligent marketing and focused advocacy.”

The responsibility of maintaining a semblance of intellectual freedom rests squarely on the shoulders of the policy experts that think tanks employ. Here, Medvetz’s insistence that think tank-affiliated experts are not total patsies becomes a bit confusing to those of us who haven’t studied sociology on the graduate level, especially since his real-world evidence consists of the testimony of the experts themselves and academic research that suggests, rather meekly, that “think tanks can at times establish a degree of autonomy from their sponsors and political clients.” No matter: Medvetz reminds us that, “the distinction between pure freedom and constraint is of little use when describing most forms of social action, including intellectual production.”

Questions of autonomy aside, Medvetz proffers insight into the mind of the policy expert in pamphlet-worthy form. Think tanks are simply too new and too vague to have a codified set of employee behaviors. Instead, those in the field must look to the more established professions that inform their work, which Medvetz defines as a combination of policy aide, media specialist, scholar, and entrepreneur. The best think-tankers are a little bit of each.

Once someone has mastered this Byzantine skill set, she can move freely among different think tanks with different political views. In spite of the very real divisiveness brought about by their policy recommendations, think-tank employees often collaborate with colleagues across the aisle. Further setting them apart from their academic counterparts is Medvetz’s discovery that agents typically choose new jobs on the basis of geography, not ideology.

Think tanks, Medvetz shows, are more similar than they are different. Good news for K Street happy hour; bad news for partisans, university professors, and probably the rest of us.

Has America ever needed a media watchdog more than now? Help us by joining CJR today.
Eugenia Williamson is a freelance writer, a columnist for The Boston Globe, and a contributing editor at The Baffler