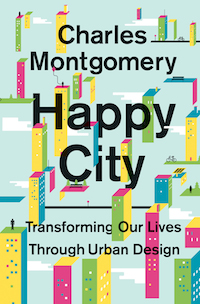 One of the occupational hazards in writing a book called Traffic is that every year, just after the annual release of the congestion report from the Texas A&M Transportation Institute—which measures highway travel times in US cities—I am contacted by various media outlets to offer analysis on that year’s findings.

I have stopped returning these calls. For one, I am not convinced that TTI is measuring the right things. City X, the reporter will want to know, is now ranked right below City Y. Are things getting worse? In last year’s report, for example, Chicago looked almost as bad as Atlanta. As an analyst for the group Transportation for America noted, however, Chicagoans travel shorter distances than Atlantans—and thus spend less time in the car. “Yet the two are ranked similarly,” he notes, “because the difference in traffic speed during peak hour versus off-peak (say, 3am) is similar in both places. Ultimately, the TTI doesn’t really care about overall quality of life—or commute—for the majority of residents. It’s all about how fast you can drive at peak hour.”

The more profound reason I have stopped returning these calls—or the ones asking how to avoid back-to-school, or Fourth-of-July-weekend, or transit-employees’-strike traffic—is a sense of larger existential futility. Yes, congestion taxes our productivity, it costs our health, and it makes us miserable. We may have even, as a nation, reached “peak travel”—we’ve collectively hit the limit of how much we want to drive. But focusing on congestion numbers (and the media love numbers, as long as they are not unpacked too thoroughly), or even on congestion itself—and what, precisely, is “too much” congestion?—misses the point. It’s like a patient who obsessively tracks his rising cholesterol levels without changing his diet. In the increasingly crowded metropolitan regions of the 21st century, improving overall quality of life has little to do with increasing travel speeds for the individual driver.

Traffic, that great “tragedy of the commons,” is a system in which each person’s search for individual utility (and, theoretically, happiness) directly impinges upon everyone else’s. Cruelly, it does so in a nonlinear fashion: Increase the amount of vehicles by 33 percent and congestion is bound to increase well beyond that. So how do you fix this in a way that is not only efficient but also socially equitable? How might we reorder our cities to improve not simply the vehicular flow on certain highway facilities, but overall quality of life?

Vancouver-based journalist Charles Montgomery, in his ambitious cross-disciplinary and prescriptive book, Happy City: Transforming Our Lives Through Urban Design, notes an apparent paradox: Cities have never been wealthier, more geographically dispersed, or more resource intensive; nor have they afforded more people “private domesticity and mobility.” And yet, he argues, “despite all we have invested in this dispersed city, it has failed to maximize health and happiness.”

It is more than a design problem, he argues—it is a psychological problem. Much of that congestion, which every year gets worse, comes from people seeking increasingly larger homes that require increasingly longer commutes. But as behavioral economists like Daniel Kahneman have suggested, the hedonic glow of having that fourth bedroom can begin to wear off very quickly, while the temporal vicissitudes of a daily commute never fade. In Montgomery’s view, generations of planners, developers, and politicians have been similarly seduced by blinkered thinking. “The city is as much a product of the psychological tics, status urges, and schematic errors in judgment of these powerful strangers,” he writes, “as it is one of our flawed choices or happenstance.”

The symbolic figurehead of the book is Enrique Peñalosa, the former mayor of Bogotá, Colombia. If the leader of a city that was, as Montgomery notes, regarded as a “living hell,” seems an unlikely flag-carrier for the mood-lifting metropolis, his methods were even more unlikely. As Montgomery explains, after assuming office, Peñalosa abandoned an ambitious highway expansion plan—the standard, international development agency-approved, gdp-raising approach—and instead built an innovative system of “bus rapid transit,” as well as new public plazas, parks, and bike lanes. He restricted car travel into the central city based on license-plate numbers, and on February 24, 2000, he banned all cars from city streets (it was, Montgomery writes, the first day in four years no one was killed in Bogotá traffic).

The typical reaction to such measures, reliably amplified by the press, is to attack them as draconian impositions of the citizens’ right to travel when and how they want, a putative “war on the automobile.” But only one in five families in Bogotá owned a car. What hostilities were the automobile—its traffic, its noise, its propensity to kill and harm residents—itself committing? Peñalosa’s actions could more accurately be framed as a more just reallocation of public space. It is striking that even in places where car owners constitute a minority of households, like Manhattan, very minor readjustments in street design (typically restoring some balance based on the streets’ actual users) seem to combustively spawn such vitriol. The media, interviewing “experts” like the taxi driver stuck in traffic (who cannot see far beyond his own windshield), typically take a narrow view. But what would one expect of outlets whose typical coverage of transportation has been limited to flying helicopters over crowded highways?

Defining “happiness,” as Montgomery admits, is a thorny proposition. If people really are happier living in small towns (as some studies, open to questions of selection bias, among other issues, quoted by Montgomery suggest), why do so many of us —judging by real-estate values—want to live in New York City? In one of the book’s most fascinating sections, Montgomery considers the idea of trust an essential component to happiness. Social scientists like Robert Sampson, using psychologist Stanley Milgram’s famous “lost letter” experiment (what are the chances that a stamped, addressed envelope dropped somewhere will be mailed by a stranger?), have found that letters in cities like Chicago are more likely to be returned in neighborhoods where various indices of social—and not merely economic—capital are highest. The question Montgomery confronts is: “Can we build—or rebuild—city spaces in ways that enable more trust among both familiars and strangers?”

Some of it is simple maintenance: In studies in which subjects looked at pictures contrasting a neighborhood of broken pavement and unkempt lawns versus one featuring good sidewalks and cared-for lawns, and then played experimental games involving the exchange of money, people were more trusting with fellow players who were said to live in the neighborhood with good sidewalks. Simple attention to design matters as well. The Danish architect Jan Gehl, studying behavior on a pedestrianized street in Copenhagen, noticed that benches that faced the street, with all its bustling human traffic, got 10 times more use than those that faced away, a sort of testament in furniture to our urge to connect.

In a visit to Disneyland with the neuroeconomist Paul Zak, Montgomery notes that when he dropped his wallet on purpose (echoing Milgram), he got it back instantly, every time. Yes, he notes, “people go there to be happy,” but the environment too was powerfully at work: people walking down human-scaled and legible streets, with a lot of things and other people to see (ensuring novelty and security), evoking a curious kind of déjà vu.

But how did we get to the point where Disney’s Main Street seems so nostalgic? How did we get to those far-flung, commute-intensive California exurbs that Montgomery visits, where neighbors do not know each other and real-estate companies spraypaint green the lawns of foreclosed homes to entice buyers? He notes that “sprawl fulfills Americans’ preferences for privacy, mobility, and detachment,” but he argues that this did not happen “naturally”; rather, “it was designed” by decades of government policies and zoning decisions—no apartments above shops, parking lots around every shop, not even sidewalks allowed—that virtually guarantee sprawl. But did that design not merely reflect the larger public preference, or did it represent antidemocratic hijacking by a select few?

The definitive answer is not here. But perhaps the real answer lies, again, as much in our psychology as it does in economics or land-use policy. “Although it is true that most of us say we would prefer a walkable community to one that forces us to drive long distances,” Montgomery notes, “most of us also want to live in a detached home with plenty of privacy and space.” In the same way that online algorithms take our initial preferences for things like news sources, and then, via the so-called “filter bubble,” soon exclude any other information in a self-reinforcing feedback loop, perhaps zoning was just an attempt to meet this conflicted vision of how people want to live; over time, those ambiguous living preferences just got further exaggerated, to the point where it was hard to find a way back. Montgomery quotes an architect working on an effort to bring back, through design, the small town of Smyrna, GA. “The style was an attempt to tie Smyrna into a past that people wish they had.”

Has America ever needed a media watchdog more than now? Help us by joining CJR today.
Tom Vanderbilt is the author of Traffic: Why We Drive the Way We Do (and What It Says About Us).