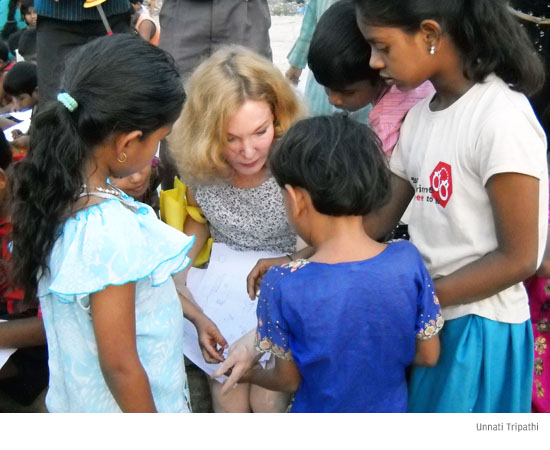 When Katherine Boo worked at The Washington Post in the 1990s, the future Pulitzer Prize and MacArthur Fellowship winner had a standing date: She and editor Jodie Allen were charter members of a regular gabfest they named the Self Loathing Club. Over cocktails and cigarettes at the Jefferson Hotel, a short stroll from the newsroom, the women would boost each other while disparaging themselves.

“When I first came to the Post,” Boo, now a New Yorker staff writer, says, “I was around a lot of people who would be pitching stories, like, ‘I’ve got the best story you’ve ever heard,’ and ‘Let me tell you how great this story is.’ And I was like, ‘Gosh, I’ve got this story, but it’s probably no good.’”

The rest of the world wishes to differ. Boo’s elegant, longform narratives about poverty, woven from dogged reporting, are better than just good. And in her obsessive pursuit of her stories, Boo has become a rare exception to prevailing trends: As most written pieces shrink—due to the death or shrunken ambitions of outlets that once published serious works of nonfiction, and the quick-and-short ethos of the Internet—her wordcount is expanding.

She recently published her first book, Behind the Beautiful Forevers, to great acclaim. It’s at once lovely prose and compelling narrative, like the sort of novel readers pull all-nighters to finish. But every dramatic twist is true. Writing, she says, is the “tax” she pays to immerse herself in her reporting. In this way, Behind the Beautiful Forevers is an extension of a career project that, in her words, is “to make readers with power engage more deeply in the dilemmas of people without power.”

Boo began writing while at Barnard College—she took a typing job, “just for money,” at the campus newspaper, and ended up becoming one of its editorial-page editors before graduating in 1988. “The first piece I ever conceived and wrote on my own was on the way budgets were allocated in DC for parks and recreation, looking at some of the very, very poor neighborhoods,” Boo says. That story was published in The Washington Monthly.

After a bit more freelancing, she landed a staff gig at Washington City Paper, honing her reporting skills under editor Jack Shafer. From there she moved to The Washington Monthly, then to the Post, and finally to The New Yorker, where she is paid per piece. As her career unfolded, Boo reported on poverty-related issues in DC, but also in places like Denver, Katrina-ravaged Louisiana, and Cameron County, TX. Her work on conditions at District homes for the mentally disabled won a Pulitzer Prize in 2000.

Behind the Beautiful Forevers is not only Boo’s first book, it’s also her first extensive overseas project. She spent nearly four years reporting its 244 pages—about families living in a Mumbai slum called Annawadi—while living alone in her husband’s native India (her spouse, academic Sunil Khilnani, is now based in London). Though she slept, mostly, in an apartment more than 10 miles from Annawadi, she spent most waking hours with her sources. Boo waded through muck and garbage and navigated language barriers, her translators incredulous to learn that they were indeed going to spend long stretches watching a young trash seller, Abdul, sort his wares in a hot, smelly shed.

“My reporting wasn’t pretty, especially at first,” Boo writes in her author’s note. “I was a reliably ridiculous spectacle, given to toppling into the sewage lake while videotaping and running afoul of the police.” (Some of that footage is now part of the ebook.) Boo did all this while navigating the painful autoimmune condition she’s had since adolescence; walking, and using her visibly arthritic hands, can be painful. But she remained in Annawadi until she found her story. “It wasn’t until the summer in 2008, when [Abdul] was accused of a crime, that I began following his family through the criminal-justice system and seeing that that would be an important part of the story,” Boo says. “It wasn’t that I had a particular story that I could pitch to The New Yorker.”

She did publish a magazine piece in the course of reporting the book, about how one Annawadian scavenger’s life refutes the film Slumdog Millionaire, which premiered in 2008. The movie’s protagonist wins as a contestant on the TV show Who Wants to Be a Millionaire? thanks to knowledge accrued through his destitute upbringing.

“Sunil knew nothing of the movie that ends with an airport-slum boy finding money, love, and fame,” Boo writes. “However, he might have recognized one of that movie’s conceits: that deprivation may give a child a certain intelligence. The other conceit—that a child’s specific miserable experiences might be the things to spring him from his deprivation—was the lie…[Affluent filmgoers] could relax, not just because the film about the slum boy had a happy ending but because the boy’s suffering had been part of the solution.”

The scavenger, Sunil, also appears in Beautiful Forevers, and Boo’s book expands on these themes. But while other recent nonfiction works about India (Siddhartha Deb’s The Beautiful and the Damned, Sonia Faleiro’s Beautiful Thing, and Anand Giridharadas’s India Calling) also address the country’s widespread poverty, they focus on urban opportunity and the loosening caste structures, not on people who remain untouched by economic growth. Boo’s emphasis on lives stagnating as India’s economy strengthened runs counter to the prevailing narrative in the country. In fact, she first visited Annawadi when an official took her there to see a “self-help” microfinance group—the “poverty solution du jour”—that turned out to be just a random assemblage of local women. But the place piqued her interest, and she returned, for years, to report what she saw rather than what others tried to show her.

She’s used to and unfazed by the fact that this work makes her an outlier. “I felt that some of these things that I was writing—that needed to be said—needed to be part of this conversation about India,” Boo says. “I would never recommend that this be the only book anybody reads about India, but I felt that a really in-depth look at how a historically poor community was or wasn’t being changed by the new prosperity is something that hadn’t been written.” 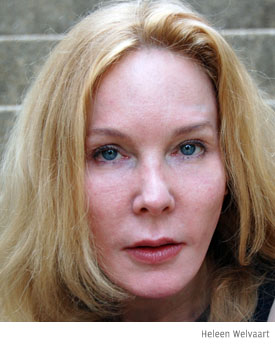 Jodie Allen thinks Boo’s fierce devotion to reporting her stories is what allows her work to grow longer, against the current, as her career progresses. “She is swimming upstream, but it’s her soul,” Allen says, recounting one night at the Post back in 1993. Boo had finished a story on Friday about the decay of a public-housing complex, juggling reporting with her official editing duties. She led with the most visible evidence of the complex’s decline: an unaddressed leak that was flooding one building and rotting its ceilings.

“In many of the District’s public housing projects this past winter, 15 minutes of hot water was tough to come by,” Boo wrote. “Southeast’s Sheridan Terrace, on the other hand, featured a nonstop hot waterfall. Day and night, a scalding stream ran out of an abandoned second-floor apartment on 2633 Pomeroy Rd., pouring from a broken bathroom sink past a living-room couch and an empty Dash detergent box down a stairway and into a pool in a trash-filled basement.”

“She had talked to all the responsible people,” Allen recalls, and the piece was set for the Sunday paper. But Boo suspected city officials would fix the leak before the paper printed, diminishing the power of her opening scene. So after work, she set off, alone, in the dark, to the rough Southeast section of DC to double-check. The city had indeed fixed the leak, and she rewrote the lede to reflect that. “That was just so Kate,” Allen says. “It told you everything about her.”

Though Boo’s devotion to her craft has translated into prestige and success, she mostly dodges the limelight. In May, she did agree to give the commencement speech at Columbia’s Journalism School: “I think that our careers grow when we start accepting the world’s lack of enthusiasm as a given and face down the part of the problem that’s on us—that maybe, as individuals, we’re not quite good enough yet at what it is that we do.” She and her fellow self-loathers, she said, are “simply sweating to do what [Samuel] Beckett said, which is to fail better.”

Has America ever needed a media watchdog more than now? Help us by joining CJR today.
Kira Goldenberg was an associate editor at CJR from 2012-2015. Follow her on Twitter at @kiragoldenberg.